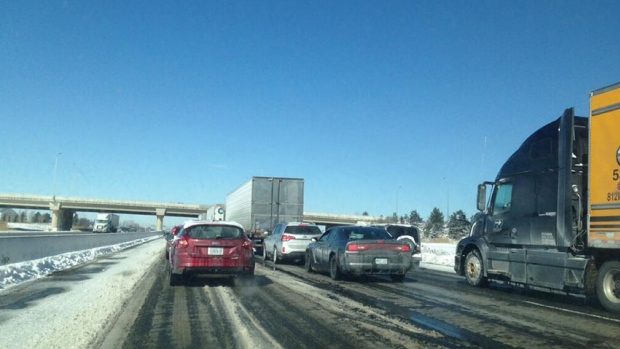 The icy conditions kept Michael Soltys on the roads in the morning for far longer than usual.

The McMaster University professor left his west Toronto home this morning at 7:30 a.m. and arrived at McMaster at 11 a.m. The commute usually takes him about an hour.

“Basically from Oakville to Hamilton there was a layer of ice on the road. “The cars were moving very slowly, bumper to bumper.” said Soltys.

“I was surprised. I had expected a little longer but not that long.”  When it came time for him to exit at Aberdeen road into Hamilton, Soltys said the ramp was blocked with cars. He had to drive around through Ancaster. The long commute caused Soltys to miss teaching his morning class.