We hope you will take the opportunity to announce the NSF Graduate Research Fellowship Program (GRFP). Interested students should begin at the applicant information page http://www.nsfgrfp.org . The GRFP supports outstanding graduate students in NSF-supported science, technology, engineering, and mathematics disciplines who are pursuing research-based master’s and doctoral degrees at accredited United States institutions. The program provides up to three years of graduate education support, including an annual $34,000 stipend. Applications for Mathematical Sciences topics are due October 22, 2020.

US citizens and permanent residents who are planning to enter graduate school in fall 2021 are eligible (as are those in the first two years of such a graduate program, or who are returning to graduate school after being out for two or more years). The program solicitation NSF 20-587 (http://www.nsf.gov/funding/pgm_summ.jsp?pims_id=6201 ) contains full details.

The GRFP awards more than 1,500 new fellowships each year. In the years 2013 through 2020, GRFP awards in the mathematical sciences have been given to more than 660 students who earned baccalaureate degrees from approximately 200 colleges and universities throughout the US. The number of baccalaureate institutions has been growing through the years.

The GRFP also needs qualified faculty reviewers. Review panels are conducted by videoconference. Please see the reviewer information page (https://www.nsfgrfp.org/reviewers ) and consider volunteering to serve as a panelist by registering at https://nsfgrfp.org/reviewer_system .

This new paper was just posted as a technical report at Cornell’s arXiv (https://arxiv.org/abs/2007.01823), but it will be submitted for publication in the future. PDF of the paper.

From the abstract: Every organization needs to communicate with its audience, and social media is an attractive and inexpensive way to maintain dialogic communication. About 1/3 of the Internet web pages are powered by WordPress, and about a million companies have moved their IT infrastructure to the AWS cloud. Together, AWS and WordPress offer an attractive, effective and inexpensive way for companies, both large and small, to maintain their presence on the web.

This paper starts from the following premise:

you have been hired by a company with a small Communication budget, but ambitious plans. You have been tasked with setting up an effective web presence; in this role you have to combine both your CS/IT skills, as well as your Communication savvy. The decision has been made to deploy the web page as WordPress hosted on Amazon Web Services (AWS), integrated with social media, as well as robust Analytics to measure the effectiveness of your communication campaigns.

From introduction to WordPress on AWS: a Communication Framework

I would like to let you know about an opportunity on our campus – open to the public. From June 1 to July 20, I will be teaching online an advanced AWS Cloud Architecting class. It is of interest to any business considering to move IT operations (fully or partially) to the cloud.

This class is taught in partnership with AWS Academy, and students will have access to AWS resources, labs, materials and will be ready at the end to take the AWS Solutions Architect certification.

More information about the class can be found here:
https://prof.msoltys.com/?p=5203

CSUCI, in response to the COVID 19 crisis, has generously offered 10 full scholarships for this class, and for everyone else lowered the cost to $1,100. Everyone is welcome to apply for the scholarships – the application is short and available at this link:

Please do not hesitate to contact me or Jeff Ziskin <jeff.ziskin@csuci.edu> if you have any questions.

Some data points about the Cloud

The following is why we at CSUCI have invested heavily in offering Cloud expertise:

I am delighted to be participating in an AWS Webinar Series on Remote Learning.

From the page: During this unprecedented time of temporary and sustained school closings, educators across the globe are quickly transitioning to remote learning. This webinar series is designed by educators for educators and based on educator input from a recent survey capturing current challenges. Any educator is invited to join. There’s no cost for participating. The webinar topics are detailed below with links to sign up.

My talk is: Teaching Online: Ten Suggestions for Success
As you shift from traditional instruction to online instruction, learn from Dr. Michael Soltys the things you should consider and actions you should to take for a successful transition. Don’t think of this move to online teaching as a one-off. Think of it as an opportunity to build an online offering that can serve your department and students for years.

This new paper was just posted as a technical report at Cornell’s arXiv (https://arxiv.org/abs/2003.12905), but it will be submitted for publication in the future. PDF of the paper.

From the abstract: This paper re-examines the content of a standard advanced course in Cybersecurity from the perspective of Cloud Computing. More precisely, we review the core concepts of Cybersecurity, as presented in a senior undergraduate or graduate class, in light of the Amazon Web Services (AWS) cloud.

This paper has three goals: (i) to aid faculty in cloudifying a Cybersecurity offering; (ii) to re-examine Cybersecurity in light of the new paradigm of Cloud Computing; and, (iii) as a guide for preparing for the AWS Security Specialty certification. The paper presents an outline of Cybersecurity, with topics examined in the context of AWS, and with a long bibliography for a more in-depth study of each topic.

It should be mentioned that this paper is a second paper in a sequence on cloudification with AWS; the first one, Cloudifying the Curriculum with AWS, can be found here: https://arxiv.org/abs/2002.04020, and it was mentioned in this blog post. I mention the AWS security speciality certification exam in this post.

This new paper was just posted as a technical report at Cornell’s arXiv (https://arxiv.org/abs/2002.04020), but it will be submitted for publication in the future. PDF of the paper.

From the abstract: The Cloud has become a principal paradigm of computing in the last ten years, and Computer Science curricula must be updated to reflect that reality. This paper examines simple ways to accomplish curriculum cloudification using Amazon Web Services (AWS), for Computer Science and other disciplines such as Business, Communication and Mathematics.

In this paper we present the cloudification journey at our institution, California State University Channel Islands, where we have thriving programs under the department of Computer Science, that include Computer Science, Information Technology, Mechatronics Engineering, and a Masters program in Computer Science. We have partnered with AWS Academy and AWS Educate to bring cloud expertise to the students we serve – about 600 majors, in a campus of over 7,000 students. The paper gives the details.

U.S. colleges can track hundreds of thousands of students using short-range phone sensors and campus-wide Wi-Fi networks to assess their academic performance, monitor their conduct, or rate their mental health. Academicians and education advocates are concerned such monitoring and supervision will infantilize students and make them accept surveillance as a normal part of life. The schools rely on networks of Bluetooth transmitters and wireless access points to piece together students’ movements. School and technology company officials say location tracking allows schools to intervene before problems crop up, but some institutions calculate “risk scores” based on factors such as how often pupils visit the library. Critics contend such policies could undermine student independence and discourage non-academic pursuits. The University of California, San Diego’s Erin Rose Glass said, “We’re reinforcing this sense of powerlessness … when we could be asking harder questions, like: why are we creating institutions where students don’t want to show up?”

The systems highlight how widespread surveillance has increasingly become a fact of life: Students “should have all the rights, responsibilities and privileges that an adult has. So why do we treat them so differently?”

I confess that I used carbon paper and white-out when I typed my college essays. So I may be the least likely champion of computer science education.

However, I have come to understand that computer science standards don’t promote excessive screen time for kids, or turn our schools into coding boot camps for the tech industry. Rather, they help children become problem solvers and creative thinkers for the 21st Century.

I am a former English teacher, and the mother of two daughters who are teachers now. In 2016 when I served in the Assembly, I saw the need for an implementation plan for computer science standards.

Initially, I wondered if the idea of setting computer science standards would add to the work of teachers. Yet it became clear that we could not afford to leave millions of children without the skills they need to lead successful lives.

This is an interesting article. CI is inexpensive ($15K/year, with a lot of students receiving scholarships). But beside that, this article makes me think about how to give our students “more value” for their time invested in our Computer Science department at CI.

The Case for Dropping Out of College
written by Samuel Knoche 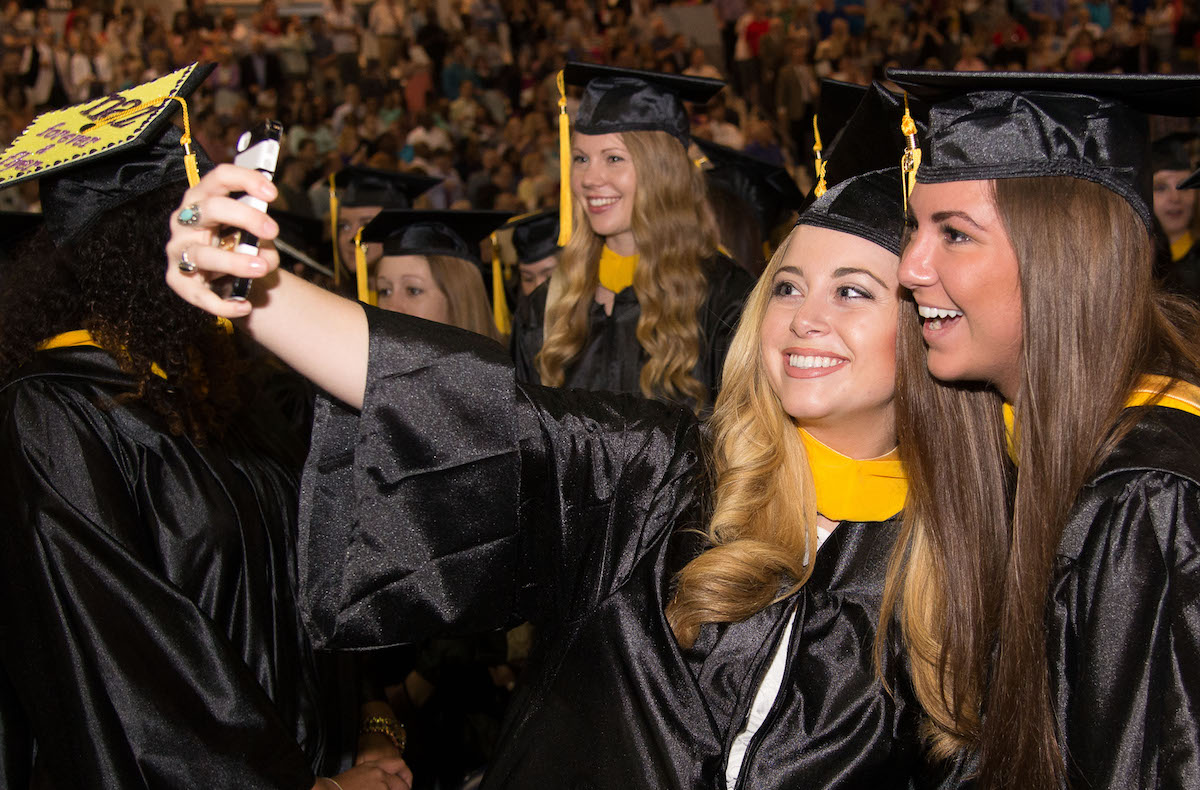 During the summer, my father asked me whether the money he’d spent to finance my first few years at Fordham University in New York City, one of the more expensive private colleges in the United States, had been well spent. I said yes, which was a lie.

I majored in computer science, a field with good career prospects, and involved myself in several extracurricular clubs. Since I managed to test out of some introductory classes, I might even have been able to graduate a year early—thereby producing a substantial cost savings for my family. But the more I learned about the relationship between formal education and actual learning, the more I wondered why I’d come to Fordham in the first place.

According to the not-for-profit College Board, the average cost of a school year at a private American university was almost $35,000 in 2017—a figure I will use for purposes of rough cost-benefit analysis. (While public universities are less expensive thanks to government subsidies, the total economic cost per student-year, including the cost borne by taxpayers, typically is similar.) The average student takes about 32 credits worth of classes per year (with a bachelor’s degree typically requiring at least 120 credits in total). So a 3-credit class costs just above $3,000, and a 4-credit class costs a little more than $4,000.

Read more here – Source: The Case for Dropping Out of College – Quillette

Lured by the prospect of high-salary, high-status jobs, college students are rushing in record numbers to study computer science.

Now, if only they could get a seat in class.

On campuses across the country, from major state universities to small private colleges, the surge in student demand for computer science courses is far outstripping the supply of professors, as the tech industry snaps up talent.