The password challenge in COMP/IT 424, the “Security” course that I am currently teaching at Channel Islands, was to find the crypt() password corresponding to the hash:

The winner of the challenge was Jesse Thomas, here is the password:

and here is Jesse’s approach in his own words: 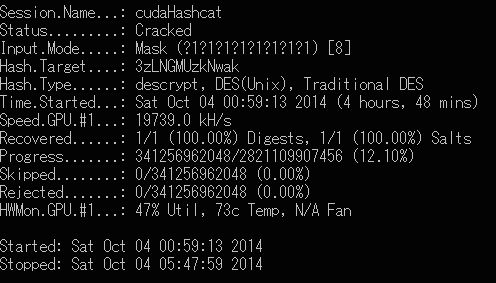